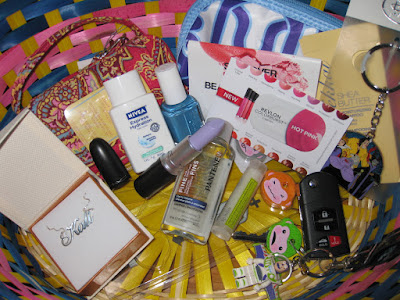 As you all know, I gave up buying basically anything makeup/fashion related for Lent. However, I have received some random small presents and freebies here and there over the last few weeks.

My most recent present was Quite Cute lipstick from MAC's new Quite Cute collection. He knew that I was really looking forward to this collection and so he asked if I wanted anything. At first, I wanted quite a few products but after seeing all the online swatches and reviews, all I wanted was Quite Cute -a pale lavender lipstick.

Last Friday, I also got a nice surprise in the mail from MyNameNecklace.com. I've been eyeing the customizable name necklaces on their site for months so I was thrilled that they decided to work with me. I've been wearing mine nonstop and have received several compliments!

Two weeks ago, my mom got me a little pink wallet that's perfect for trips to the city when I don't want to carry my huge purse. She also got a pack of six monkey key caps (I love key caps!) and gave me three. She, of course, took all the shades I usually go for (pink, purple, blue)! But I do love the green, orange, and gray that she gave me.

A few weeks ago, I was at the Disney Store and saw a bunch of key chains on sale. I snapped up a "villains" featuring Ursula, Cruella de Vil, Evil Queen, and Maleficent for about $3! I want to go back to get another to give as a present but I'm not sure if they're gone. P.S. THESE are the four characters that should've been featured in MAC's Venomous Villains collection.

And then finally, we have the freebies. I received the Target Beauty is My Bag freebie last week and have been loving it. In addition to this lovely freebie, I also received an Essie Polish in One Day Without Blues. A few weeks ago, TOMS was having a drawing where they gave away 5,000 bottles for liking them on Facebook. The polishes weren't given to the first 5,000 people -it was actually a drawing. And me being the goof I am, wrote the wrong address on the entry page. I knew I made a mistake but I clicked the submit button without thinking because I was in a rush. Because of this, I told my boyfriend and he entered too. Luckily, I didn't win (it would've been sent to the wrong house!) but my boyfriend did. P.S. I believe winners received an email if they won. 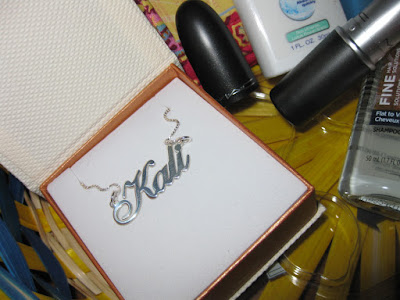 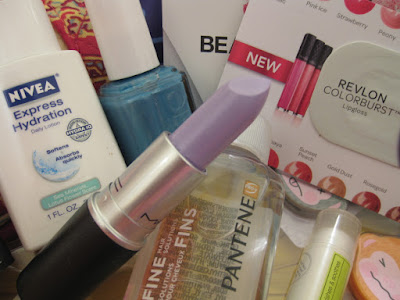 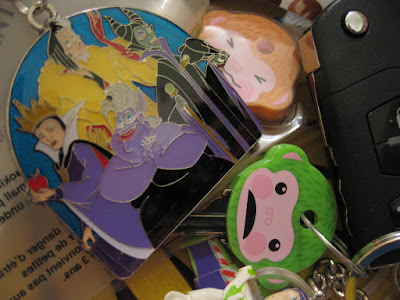 I know these things are tiny but they've really made me happy. I'm also really proud of myself for not buying any makeup or clothes (for myself.) Let me tell you, it's been TOUGH. For some reason, all the deals have been during Lent! They had the GAP Give and Get 30% promo, Sephora VIBS get 15% off (promo: VIBCHIC) from April 14-21, Cherry Culture had a 20% off sale, and in general, there's just been some awesome deals everywhere I like to shop. These are sales I've been waiting months for and they just happen to fall during Lent!! Ugh. I'm mostly upset about the 15% off at Sephora since there are a ton of things that I've been wanting to get with 15% off. The discount ends right before Easter too. =( At least I get to save money though..

Have a fabulous Monday everyone. What have you recently hauled?
Posted by kali at 10:06 AM