Are You Getting the New Urban Decay Book of Shadows Vol. 3? 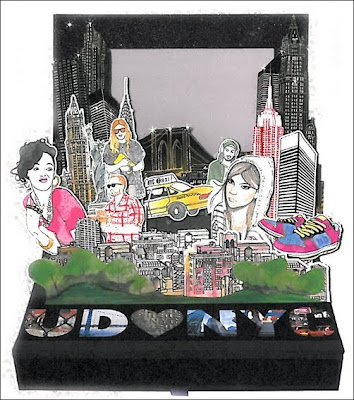 I mentioned earlier in June that Urban Decay was releasing yet another Book of Shadows palette. I was excited for the first 2 Book of Shadows and the Alice one but now, I'm pretty sick of them -I think it has to do with the fact that they seem to come out with a new one so often that they just don't feel "special" anymore. I was sort of psyched for it at first but after seeing the shades, Vol. 3 (to me) just looks like a re-run of the previous Book of Shadows palettes and other UD palettes. I've sold both my Vol. 1 and Vol. 2 Book of Shadows palettes and only keep my Alice in Wonderland Book of Shadows because it's well -Alice. Honestly, I've used it a total of only 2 or 3 times!
It's not that I don't like Urban Decay eyeshadows -they're just usually too colorful or glittery for me (yes, my daily looks tend to consist of boring neutrals.) I am however getting the NAKED palette -well, my boyfriend's buying it for me. They STILL haven't gotten the shipment in for the NAKED palettes and we pre-saled about 3 weeks ago. Looks like every store is out of the palettes pretty much. (I also got an email from Urban Decay telling me that I could be added to "the list" for when they get more but it's only 1 palette per customer.)
So anyways, are you getting the palette? Or are you skipping it for something else?
Click here for pictures, review, and swatches of the Urban Decay Book of Shadows Vol. 3.
Posted by kali at 11:16 AM