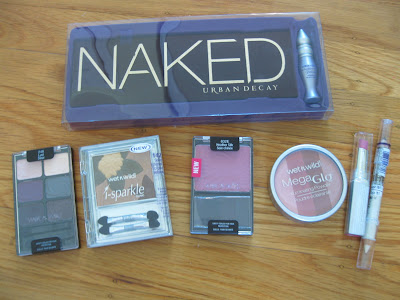 Sunday was all about Urban Decay and Wet 'n' Wild! 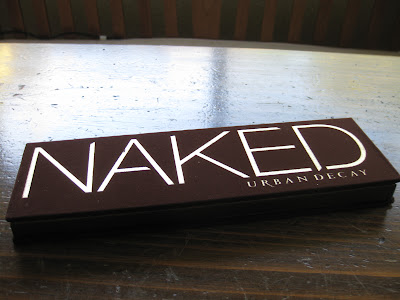 I'm so happy to say that I've finally got my hands on the Urban Decay NAKED Palette. I knew my boyfriend had gotten it for me, but I didn't know when he was going to actually give me the palette. I was sitting down and asked him to get me the "brown" blanket since it was freezing (it's pretty hot here but I get so cold easily!) Anyways, he said, "Ok" and went into the closet to get it. Instead, he came out with the Naked Palette! He placed it in my hands and all I could do was stare at it. I know it seems insane to be so happy about plain ol' makeup but I seriously couldn't speak! I was so ecstatic. 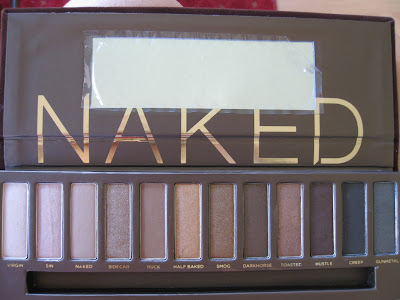 Here's a peak at the colors. I'm sure you've already seen it from YouTube and so many other blogs. 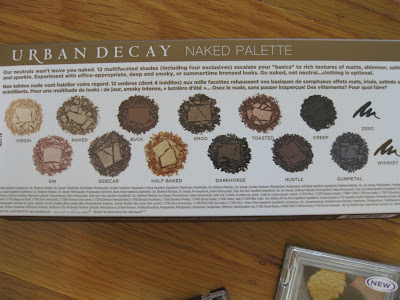 I'll be reviewing it tomorrow for Nudey Tuesday. 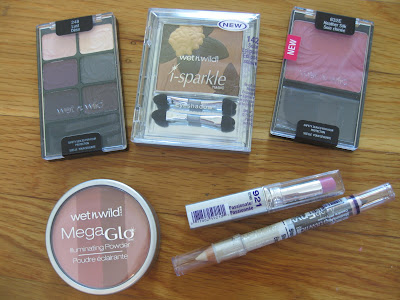 Later on at night, he took me to Rite Aid because I'd been wanting to get some Wet 'n' Wild stuff. This week, they have a BOGO (buy 1 get 1 free) sale going on so it was perfect. I also had a $5 off $10 Wet 'n' Wild coupon (I got it from October's issue of All You magazine) and another Rite Aid $1 off $10 cosmetics purchase coupon.
With all the coupons, I got 6 products for just $5.97 (before tax.) It really pays off to add up those coupons. Without coupons, the subtotal would've been $22.94 (before tax.)
P.S. I'm on a trial subscription of All You. Most magazines will send you 1 or 2 "trial issues" and if you don't like it, you just cancel. The magazine's pretty cool -the best part is the coupons on practically every other page, but I already get so many other magazine subscriptions plus the daily paper so I'm not sure if I want to subscribe yet.

And last but not least, I got an email from Sephora saying that Urban Decay's popular Primer Potion was now available (for a limited time) in the professional size. I really have no idea why they don't make this permanent -I don't think anyone likes the genie bottle packaging. For $29, it seems a little steep but you do get a lot of product (0.85 oz.) I want to buy it -but I already have enough Primer Potion to last me well over a year (plus I often switch it out with the Too Faced Shadow Insurance.) Hopefully they'll still have this later on at UrbanDecay.com. Click here to buy.
Posted by kali at 4:43 PM