I wanted to give you all a sneak peak of the prizes for the upcoming giveaway because I'm super duper excited for it as it's my first giveaway. I've gathered most/all of the prizes so far but still want to shop around for some finishing touches. This is going to be a fun, girly giveaway and the prizes will be all things I love and all things that sort of represent “me.” I've had so much fun shopping for all the prizes. =)
I asked everyone for feedback last week on what they think of giveaways and I just wanted to thank everyone again for their input. Because this is a giveaway to thank the readers/followers, I’ve decided to make this giveaway open to all followers –current and anyone that wants to follow after the giveaway starts. I was going to make it just for “current followers” to make sure that people weren’t following just because I was having a giveaway. (I know not all people do this, and I appreciate those who don’t, but it’s bound to happen.) However, I thought it over and feel it isn't fair to those who decide to follow the blog (during the giveaway) because they actually like the blog and want to follow. So, I’ve decided to open the giveaway to all followers. All current followers will get an automatic 1 extra entry.
There was also a lot of discussion in the comments last week about your hatred for "reposting giveaways" and "linking giveaways" as part of the rules and whatnot in order to enter. This will not be a giveaway of that nature -I will not be asking or requiring any of you to repost the giveaway, be my fan on Facebook, tweet about it, and all the jazz.. it just makes things complicated when some people have 15 entries and others have just 1! I'm not downing anyone who does give extra entries for these things -of course it's nice to give out extra entries and it's nice having extra entries. I just feel that some bloggers do that only for popularity and publicity. I have myself posted giveaways for the entries and because I happen to like the blogger. I think it's fine when you're reposting to get a deserving blogger a little more attention -there are some great bloggers out there who barely have any followers and they deserve the bit of publicity.. however, I won't "repost giveaways" for bloggers who are obviously just in it for popularity. It's stupid.
Because I wanted to give people more chances to win, there will be 4 winners total -1 big grand prize winner and then 3 runner-ups who will all receive smaller prizes consisting of the same items (not the same exact items but 1 lipstick each, candy each, etc.)
I will get into more depth about the details once the giveaway begins (hopefully by early next week -probably Monday or Tuesday.) Here’s the sneak peek. Enjoy!
The Grand Prize.. 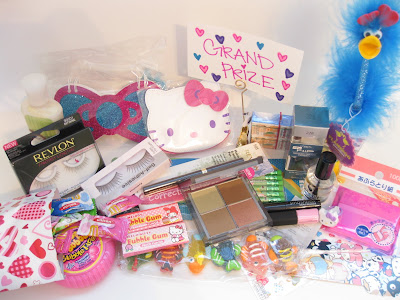 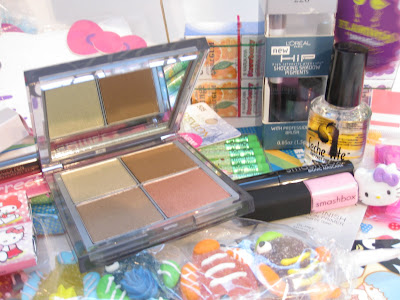 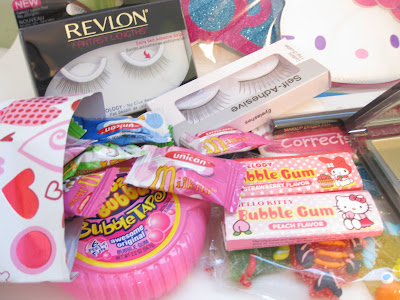 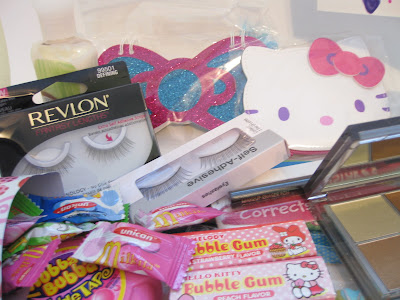 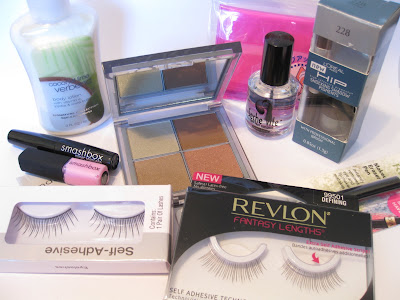 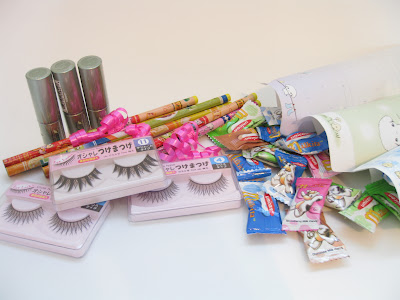 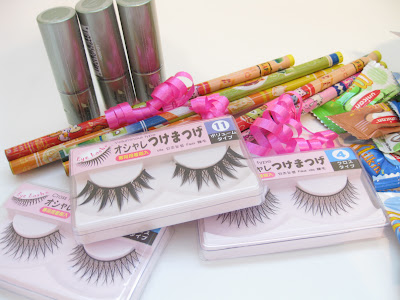 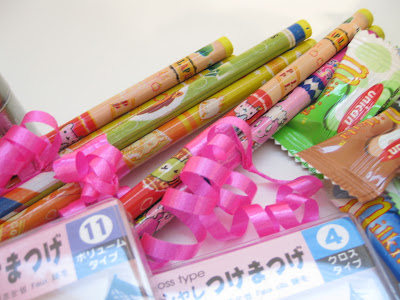 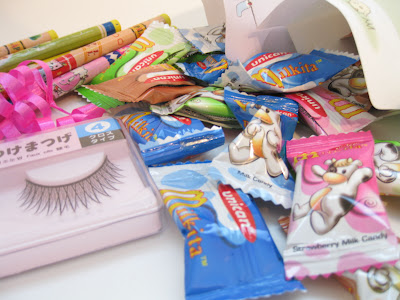 P.S. The posted pics are of “possible prizes.” I may be adding more or switching things out in the next few days (I have to make sure it can all fit into the envelope.) The “final” prize package will be posted on the day the giveaway begins.

Have a lovely Nudey Tuesday everyone!
Posted by kali at 1:39 PM

Email ThisBlogThis!Share to TwitterShare to FacebookShare to Pinterest
Labels: Giveaways